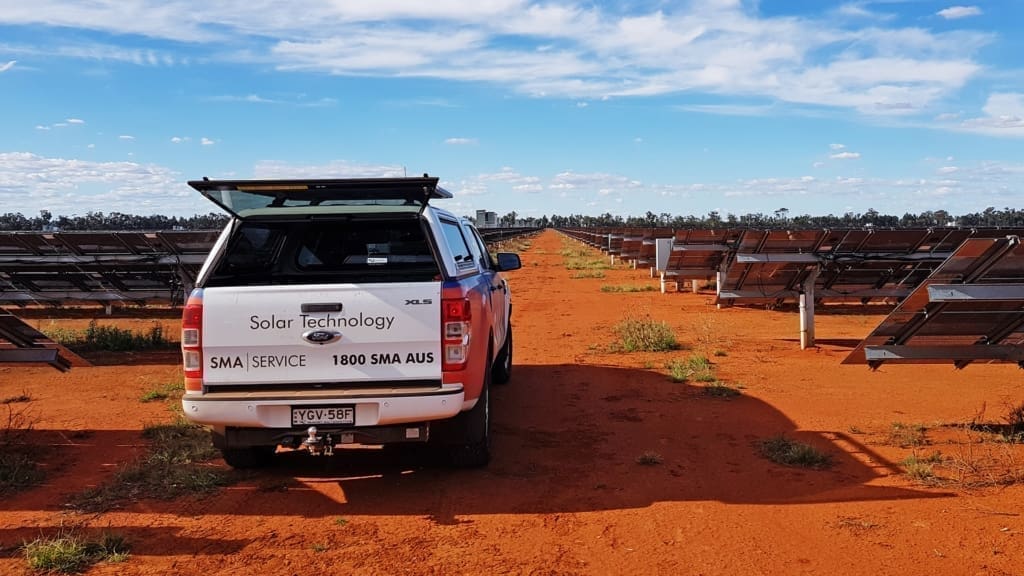 Back on the grid: SMA solution secures energy yields in Australia

Solar power production is finally up and running again at full capacity in West Murray, Australia. The generation caps, which were imposed on five PV power plants over a period of seven months, have now been lifted. And this is all thanks to an innovative control software installed on all the inverters in the PV farms. The software was developed by various experts including SMA’s Christian Hardt and Daniel Premm, who worked around the clock to get the job done.

Thanks to the SMA forecast-based battery charging feature, PV system operators can generate higher PV yields and also lengthen the calendar service life of batteries. With our checklist, you can configure your system in Sunny Portal accordingly, ensuring that no valuable solar power is lost in the future while also extending the service life of your devices.

SMA posted a marked year-on-year improvement in sales and earnings in the first half of the year. The Managing Board continues to stand by its targets for the year. We put three questions about this to Chief Executive Officer Jürgen Reinert.

More than 53 million metric tons of electronic waste were accumulated worldwide in 2019. That is equivalent to 100 times the weight of the world’s tallest skyscraper, the Burj Khalifa in Dubai. This is one consequence of rising consumption, the gradual digitalization of our lifestyles and the diminishing service lives of electrical appliances. But besides materials that are harmful to our health and the environment, electronic waste also contains valuable raw materials that can be sustainably reused.

In the sunny Southwest, students spending their secondary education years at the Albuquerque Academy in Albuquerque, New Mexico follow a school philosophy of achieving knowledge that is actionable. This private college preparatory school offers grades 6 through 12 programs that focus on connecting to the natural world. It is in the spirit of preserving the environment and cultivating innovation that the school relies on solar power.